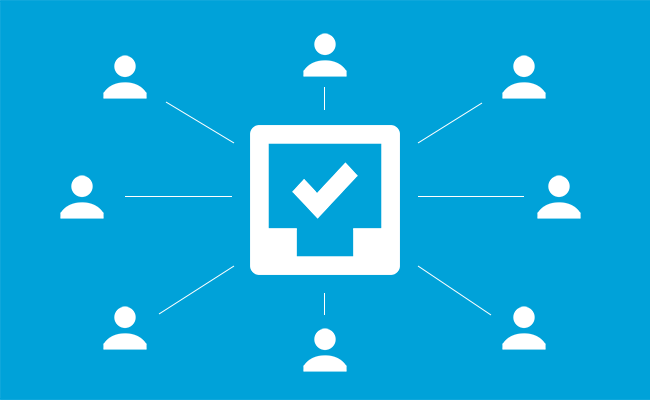 Every task in Kitovu has a ‘creator’ and an ‘assignee’. If you create a task in Kitovu you can either assign the task to yourself or to another person in your team, which is straightforward.

But sometimes you want to involve other people on a task without assigning the task directly to them. You might want the opinion or input of other people about a task or you might just want to keep certain people in the loop about certain tasks being worked on. 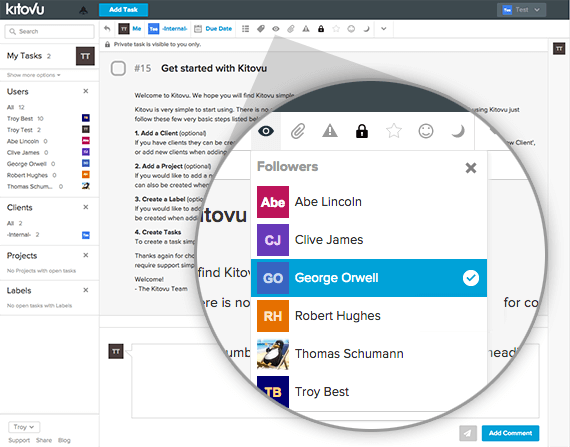 Private tasks and followers also work together. You can make a task private and if you add followers to the private task, only the followers of the task will be able to see and access the task.

Task followers are a great way for people in your team to collaborate on tasks in a central location. Imagine have 4, 5 or more people who need to be aware of what is happening with a task. Now imagine having to email every person and then every one of those people emailing you back. What happens if one person forgets to “reply-all”? Pretty soon there are emails going in every direction.

The followers feature is available in both free and premium workspaces. Stay tuned for more new features. We have some BIG releases being tested right now and being released very soon! As always, email us with any suggestions you might have.

Troy Best – on behalf of the Kitovu team
Co-Founder